Agriculture Reform Program of the Republic of Tajikistan for 2012–2020

In order to support the land reclamation and irrigation sector currently five investment projects are being implemented, including:

1. Irrigation of the lands of the Dangara Valley on the area of ​​1,750 hectares (Phase 3), the total cost of the project is 30,540 million US dollars, the implementation period of the project is 2013-2018. It is financed by the Islamic Development Bank (87.62%) as a loan and a share of the Government of the Republic of Tajikistan (12.37%). The objective of the third phase of the project is to irrigate 1,750 hectares of new lands and provide with a permanent employment eight thousands of rural residents. With the full implementation of this project, crops will be planted in these lands in the following order: cotton – on 900 hectares, grain crops - on 350 hectares, horticulture – on 300 hectares, vegetables – on 100 hectares and forage fodder – on 100 hectares.

2. Employment of population project for sustainable agriculture and water resources management (Phase 2). The total cost of the project is 57.90 million US dollars, the implementation period of the project is 2013-2020. It is funded by a grant from the Global Agriculture and Food Security Program (60.78%) and the International Development Association grant (39.21%). The project consists of two components. Component 1. Public works for rehabilitation of irrigation and drainage infrastructure. Component 2. Assistance in water resources management, including technical assistance for legislative and institutional reform. This project is being implemented in 14 districts of the Khatlon region, including Yovon, J. Balkhi, Khuroson, A. Jomi, Jilikul, Vose, Hamadoni, Panj, N. Khusrav, Jaykhun, Vakhsh, Kabodiyon, Danghara, Shahritus and in 3 districts of central subordination, including Hissor, Vahdat and Rudaki.

3. Ensuring the resilience of the Panj river basin to climate change. The total cost of the project is 13.59 million US dollars, the cost of the project implementation by the Agency for Land Reclamation and Irrigation is 0.591 million US dollars. The project will be implemented in 2014-2019. It is funded by a grant from the Asian Development Bank (95.65%) and the share of the Government of the Republic of Tajikistan (4.35%). The goal of the project is to ensure the livelihoods of the people living in the Panj river basin that are vulnerable to the effects of climate change by facilitation in strengthening the technical basis, rehabilitation of the irrigation infrastructure, irrigation networks and protection of them from mudflows and floods in relation to climate change. This project will be implemented in the Panj, Kulob, Vose, Darvoz, Ishkashim, Roshtqala, Vanj and Rushon districts covering 18 jamoats of the Panj River basin.

4. Bank protection works, construction of dams and spurs in the Panj River and Chubechka sai in the M.S.A. Hamadoni district, Khatlon region. The total cost of the project is $ 6.354 million USD, the project implementation period 2017 - 2018. Funded by King Salman Humanitarian Aid and Relief Centre from the Center. The main goal of the project is related with National Development Strategy of the Republic of Tajikistan (NDS) for the period until 2030 and improvement of living conditions of more than 120 thousand people in the Panj River basin, which are vulnerable to climate change impacts through bank protection works on the Panj River and the Chubekcha sai of ​​M.S.A. Hamadoni district for a length of 20 km, which directly contributes to the achievement of NDS goals, including food security. 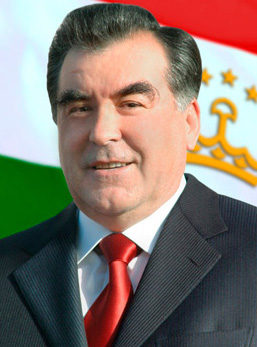 The Founder of Peace and National Unity – Leader of the Nation, President of the Republic of Tajikistan Emomali Rahmon
News from www.president.tj
Do you provide statistical reporting through a personal account?
Subscribe to newsletter

Official website of the President of the Republic of Tajikistan

Majlisi Oli of Republic of Tajikistan

Ministry of Energy and Water Resources of the Republic of Tajikistan